Marijuana causes inflammation in the eyes. Have you ever thought why weed causes redness in the eyes? This question sparks in the minds of CBD consumers lately, and we are here to dig who is the real culprit.

Redness in the eyes has always been a traditional way to tell that a person had smoked weed of some kind. However, whatever a person consumes such as a vape, edibles, smoking, dabbing, etc., your eyes will turn red due to the THC effects. Redness depends upon the quality and quantity of cannabis a person consumes.

Marijuana has several psychoactive elements, which are commonly known as cannabinoids. Each element can cast different effects on the consumer. Among all ingredients, THC also known as Tetrahydrocannabinol, is one of the most arguable psychoactive cannabinoids in marijuana. THC has a similar effect in mind and body, just as anandamide does. Anandamide is a fatty acid which binds to the same receptor as THC does. The main working of anandamide is it lowers the blood pressure by dilating blood vessels. THC does the same job — marijuana which has more THC components, shoot the blood into eyes.

Nowadays, drug dealers are creating potent versions containing less CBD and more THC, which enables them to sell small quantities at a high price. That is why you are more likely to get red eyes. If you use hemp-derived CBD, then there is no chance your eyes would get read. It is THC, which is highly responsible for this effect and more importantly, those drug dealers who are using its higher quantity in smaller portions. 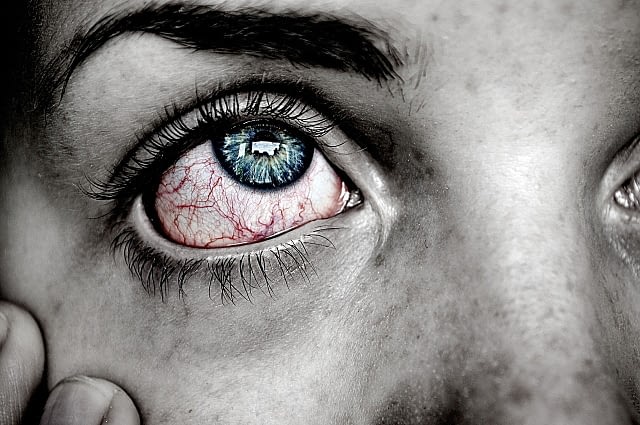 The most apparent reason for redness in the eyes is THC. THC interacts with CB1, which is a receptor in our body and because such receptors are abundant in our eyes that is why our eyes get redness.
These receptors signals to lower our blood pressure. Therefore, intraocular pressure in our eyes get lower, and vessels in our eyes open wide, which results in blood rushing toward the eyes and ultimately causes redness.

Another reason for this includes allergic reactions that people get by smoking. This type of redness is due to the sensitivity of the people toward a particular kind of smoke. Thus, switching to a different kind of smoke can solve this problem. Some people can also get allergy from cannabis too.
Great news! People who have an eye disease like Glaucoma can recover from it by using THC. Glaucoma is due to high blood pressure and since THC lowers the blood pressure so it may help people recover from such disease.

When you visit any web site, it may store or retrieve information on your browser, mostly in the form of cookies. Control your personal Cookie Services here.

Analytics Marketing Necessary Privacy Policy Cookie Policy
Google Analytics, Lucky Orange
Google Analytics
We track anonymized user information to improve our website.
Marketing tools aka: Google Tag manager, Facebook Pixel, Native advertising pixels: Taboola
Google Tag Manager
We use Google Tag Manager to monitor our traffic and to help us AB test new features.
Outbrain
A tracking scripts that let us publish native advertisements, wherever relevant on the web, to our visitors
All that is necessary for security reasons and can't be turned of.
Cloudflare
For perfomance reasons we use Cloudflare as a CDN network. This saves a cookie "__cfduid" to apply security settings on a per-client basis. This cookie is strictly necessary for Cloudflare's security features and cannot be turned off.
Technical Cookies
In order to use this website we use the following technically required cookies
Decline all Services
Accept all Services